Can Relationships Cause PTSD & What to Do About It

Can Relationships Cause PTSD & What to Do About It 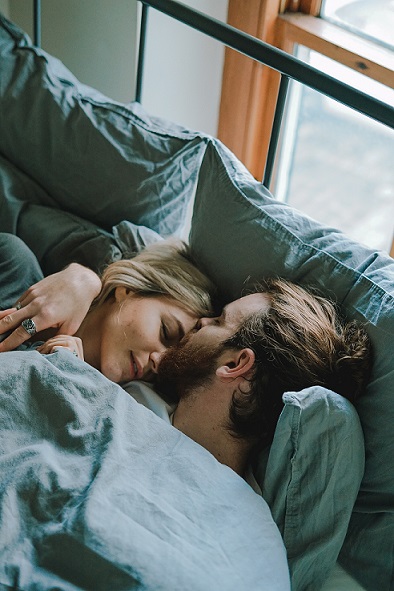 Relationships can cause Post Traumatic Stress Disorder, PTSD, especially when there is domestic violence.  What is discussed less often is how seemingly ordinary interactions in relationships can trigger, or remind you, of an old trauma, and cause you to be re-traumatized.  Emotional abuse in the form of verbal attacks can also be more subtle, but over a period of time cause PTSD.

PTSD from a serious threat(s)

PTSD occurs when you are exposed to a serious threat, such as verbal or physical attack, and your nervous system becomes hyper-aroused and then overwhelmed.  If you cannot fight back or get away, that intense energy becomes stuck in your nervous system. This can result in symptoms such a fear, panic attacks, sleeplessness, shame, and feeling stressed out.

Sometimes something more subtle happens as we relate with our partner.  Something as simple as a raised eyebrow, a sudden movement, or a change in vocal tone.  We then have a reaction to it that is much more intense than is appropriate to the situation.  Maybe we run out of the room or get angrier than the situation calls for. We might feel intensely hurt, alone or despondent.

We are trying to figure out why we feel so intensely, so we often look to our partner as the reason.  ‘If only my husband/wife would understand me, I wouldn’t feel so alone’ or ‘If only he/she would pay more attention to me, I wouldn’t get so angry’ or earn more money, or whatever the complaint.  We think that the only thing affecting us is the person right in front of us.

The situation may actually be reminding us of some unresolved trauma from our past. The brain collects many memories that contain details of abusive experiences. These experiences trigger feelings that include horror, terror, and pain and are part of the memory.

Any slightly similar experience in our present will trigger the emotional memory of the abuse, and suddenly we are reliving the traumatic event. That is what we mean by re-traumatizing.

Pain from childhood or other previous relationships re-emerges in our present relationship.

This makes the present day dynamic nearly impossible to understand or resolve.

PTSD from previous childhood or adult experiences can be opened up by something that happens in a present-day relationship. This happens when we have emotional or physical reactions to something that reminds us of the trauma. Some people even have nightmares or flashbacks of what happened in the past.

Developing insight into what we are transferring onto our partners and lifting it off of them can be freeing and healing. It makes what is going on in the present less impossible to deal with as we become conscious of what is being re-animated.

It is not unusual to be out of touch with how our past may be informing the intensity of our emotional reactions in the present, creating pain, anger, and confusion.

To make matters worse, we may feel we need to end a relationship instead of going within ourselves to explore our past and how it contributes to relationship problems.

The real change happens from within. We need to start the healing process and unravel our own history. This can be done through a combination of insight-oriented talk therapy, EMDR, guided imagery, and other techniques. Then we are able to see the situation in a new way, transform it, and heal from it.

Emotional abuse is another problem that can occur in relationships and can lead to PTSD. It may take a number of forms, including but not limited to: insulting, criticizing, threatening, gaslighting, ridiculing, shaming, intimidating, swearing, name-calling, stonewalling, lying, belittling, and ignoring.

Emotional abuse is used to gain power and control. For example, your partner does not want to deal with something you’re bringing up. So, he/she will manipulate by stonewalling or shaming, as he attempts to avoid facing what you’ve brought to his/her attention.

In some cases, you can set a boundary using statements such as, “Stop it,” “Don’t talk to me that way,”  or “That’s demeaning”. If, as a child, you were also emotionally abused, being able to respond by setting limits can be challenging. You are more likely to respond in the same way you did as a child.

You might start blaming yourself and feeling so bad about yourself during the verbal abuse that you freeze up and can’t even respond.

A child’s brain is not fully developed, so they see themselves as the center of the universe. Their brains are not able to process that other people are separate from them, and have their own reasons for doing things that might have nothing to do with the child. The child feels that he is responsible for everything that happens.

That is when the faulty thinking starts. For example, if something is upsetting Mom, and she takes her frustration out on her child by yelling or ignoring him, he thinks it must be all his fault. He thinks there must be something really wrong with him. He decides to watch and be very careful and try not to do what is making Mom so angry. This is made worse by drug or alcohol use by the parent.

As the child continually blames himself, he feels he just can’t get it right. This leads to poor self-esteem, powerlessness, and hopelessness. No wonder, verbal abuse in adulthood has such a huge impact and can bring up old trauma responses.

Healing begins with reaching out for help from a qualified professional. This can help you re-establish safety and reconnect with friends and family. If you feel that you struggle with PTSD and would like to feel more empowered, please contact me by phone at 310-314-6933 or send me a confidential email mfoxmft@yahoo.com.